How Deep is Your Love? 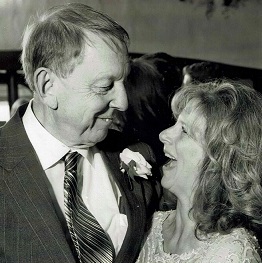 I used to think I was the type of person who would die for my love.  But I’m not so sure now. Mike and I were friends a long time before we started dating. The last year of our friendship, he was over at my house quite a bit doing repair and improvement work.

The kids would come home after school and I’d start cooking to feed my small army of teenagers.  I asked Mike to stay for dinner and most days he said yes.  It felt familiar. It reminded me of family dinners from my childhood, except the roles were reversed. Now, I offered the advice of a seasoned parent, instead of being one of the kids sharing stories after school.

Mike provided perspective too since his children were already grown and out of the house.  Whether you’re two adults alone or you’re in a group, you really do get to know someone while talking over a meal.  In essence, we were dating a full year before we knew it.  We just had teenage chaperones.

Finally, I took the risk of potentially losing his friendship in order to explore my romantic feelings.  We were an official couple just a few months when we had a really big fight.  It was so bad we stopped talking to each other for days.  Once I got over my anger, I reached out.  But, he didn’t answer a single one of my texts.  Then, I actually called a mutual friend to make sure Mike wasn’t sick or injured.  He was fine, just very, very mad at me.  But, he agreed to come over one night when the kids were staying with their dad.

There we were in the kitchen, the site of so many of our trivial conversations.  Except this talk was a big talk.  Deep into discussion, both our voices grew heated again until Mike just stopped speaking.  He stood there tall and stoic as if the toll of his emotions had turned him to stone.  That was when I knew I loved him.  The idea of going through another period of time without hearing his thoughts, without feeling the rumble of sound leaving his chest as steady as an ocean wave at the shore, made me panic.

I instantly closed the gap between our bodies and wrapped my arms around him as tight as I could.  I didn’t care if he hugged me back.  If he never spoke again or forgave me at that point, it was all right.  I just didn’t want him to go away.

My hug startled him and turned stone into sand. It was the key that disarmed him, allowing an opening so we could build trust.  As I tried to explain the impulse behind that hug, I could only phrase it as, “I would walk through fires for you.”  That feeling remained so strong, that I put those words in my wedding vows.

Just recently I wondered, is walking through fire a die or a kill for you kind of love?  Because in my head, the scenario is not to die in the fire.  I would walk through a fire to get to the other side, but to do what?  Would I  breach fire to reach him and be with him?  Or to gain something for him?  I can’t see me risking fire just to kill something after that, even if causing death would be for his benefit.  I’m a thinker, not a doer and to do both major acts of bravery at once is a pretty big ask.

Perhaps, a part of me dies in the fire like a snake shedding its skin.  Something selfish, judgmental, or petty is incinerated.  Thankfully, our relationship so far has only cost me the price of practicing patience and learning the art of saying I’m sorry.  Those things don’t feel like fire and I haven’t been burnt.

Maybe there are more than two types of love besides the killing and dying ones.  Maybe love takes many other forms of bravery as well.  Both Mike and I have released our need to be right all the time.  That sounds small, but if you knew how independent and self-sufficient we both are, you’d understand.    We described it as each of us being the captain of our own ship.  We struggled to be co-captains until one piece of advice changed everything.  “Jump off the ship.”

Once we were in the water, we discovered it wasn’t very deep.  We stood in tandem and that’s when our partnership really grew like a tall oak.  In fact, we stretch out and thicken those ancient tree branches with each meal and fight we’ve shared.  A dozen years later, I wouldn’t even blink before charging through flames for that man.  Because I’ve already conquered the high seas with him.

← Pandemic or Pregnancy?
Bargain With a Bunny →